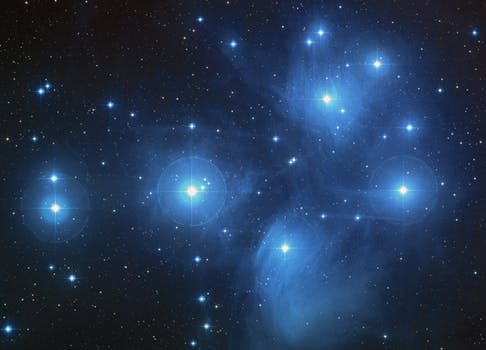 In the fall of 1993, at night with the myriad of star-shine visions outside the house at night in the mountains, a view of the heavens, thinking some divine entity was hovering above, a thought came into my head, in my own voice, telling me that now was the time to begin to compile all the character and theme and setting and story and all the stuff I had carried in my head since the mid-60s. The time to write the novel was nigh.

The rough-rough-rough draft was written using an ancient Atari computer that used a very large floppy disk inserted into the hard drive to set up the system and then insert another floppy disk to write whatever. Don’t ask me the model of this Atari, I don’t remember. But computers in the old days didn’t have operating systems as we know them today…you had to insert a master floppy disk to get the computer to work, then insert another floppy disk for whatever you were typing on the keyboard, then copy the new work to the disk, which only had 48 KB in its “memory bank.”

Imagine! A floppy–and I mean floppy! These disks weren’t the plastic kind with metal parts that were 3.5 inches square, but 5 inch floppies without metal parts–could hold only one chapter at a time!

Since I was raising a toddler daughter at the time, I had limited time to do this work, but I managed to get the rough draft manuscript done by the summer of 1994 only to have to go back to work teaching secondary math–in El Paso, in what was then a ‘gang land high school’ and put up with not only gangster students but a principal that couldn’t handle gangster students (the ONLY time I noticed serious discipline in the hallways was the one week this so-called principal was at a conference in Washington, DC! During that week, the assistant principals and security guards were actually able to do their jobs, and not one student of mine tried sneaking out of class or wanted to roam the halls…the only time this happened!) After the kids went to bed at night, when I wasn’t grading tests or whatever, I edited the rough-rough-rough draft. I quit the teaching job in June, 1995.

That summer I began the actual rough draft on someone else’s Macintosh computer, from 6 am until 8 am, when I had to go back home to home school my kids. In fall of 1995 I bought my own Mac computer with System 7.5. When I had time, I finalized the first novel, Battle of the Band, which was completed in 1996–after a writer/retired teacher friend of mine Beta Edited the novel twice.

And what she told me through her proof-reading/editing caused me to think maybe divine intervention WAS at work in this first book:

So let me sum this up:  I wrote a song about the ‘second coming’ of Christ as well as the coming so-called ‘great tribulation’ by Satan (and the ‘beast’ and the ‘false prophet’) prior to Christ’s second coming BEFORE I had any idea about such a Biblical event in the Book of Revelation I had NEVER read before writing the song! The same song which is the centerpiece of all three novels in The Prodigal Band Trilogy! Add to that the other ‘coincidental’ facts I had no clue about when writing the first book in the trilogy before my friend just happened to tell me were true fact I thought I had simply made up.

These things are just one reason why I believe a divine authority put it into me to write these novels. If it worked for the Blues Brothers…

Born on Long Island, NY, in 1952, now live in the mountains of far west Texas. Began writing fiction stories at about 8 years old with pen and loose leaf paper, and created the characters in my Prodigal Band Trilogy as a teenager. From the 70s to the 90s I created the scenario which I believe was inspired. While bringing up and home schooling my two children I continued to work on the novels and published "Battle of the Band" in 1996 and "The Prophesied Band" in 1998. Took off the next several years to complete home schooling and also working as an office manager for the local POA. In 2016, I retired, then resumed The Prodigal Band, a FREE PDF book that tells the whole story to its glorious end. Hint: I'm a true believer in Christ and I'm on a mission from God, writing to future believers, not preaching to the choir. God gave me a talent and, like the band in my books, I am using that talent for His glory, not mine (and, like me, the band is on its own journey, only fictional.) I also wrote for my college newspaper and headed up production, was a columnist in a local newspaper in the early 2000s, and wrote for and edited "Log of the Trail," the news letter for the Texas Mountain Trail Writers, and wrote for and edited it's yearly catalog of writings, "Chaos West of the Pecos." OmegaBooks is my self-publishing sole proprietorship company founded in 1995. Other jobs included teaching secondary math, health aide, office worker, assembly line work, and free-lance writing and bookkeeping,much of it while home schooling. View all posts by deborahlagarde

One thought on “The Prodigal Band Trilogy: The Spiritual”